How The Planetary Meditation for Peace Began? 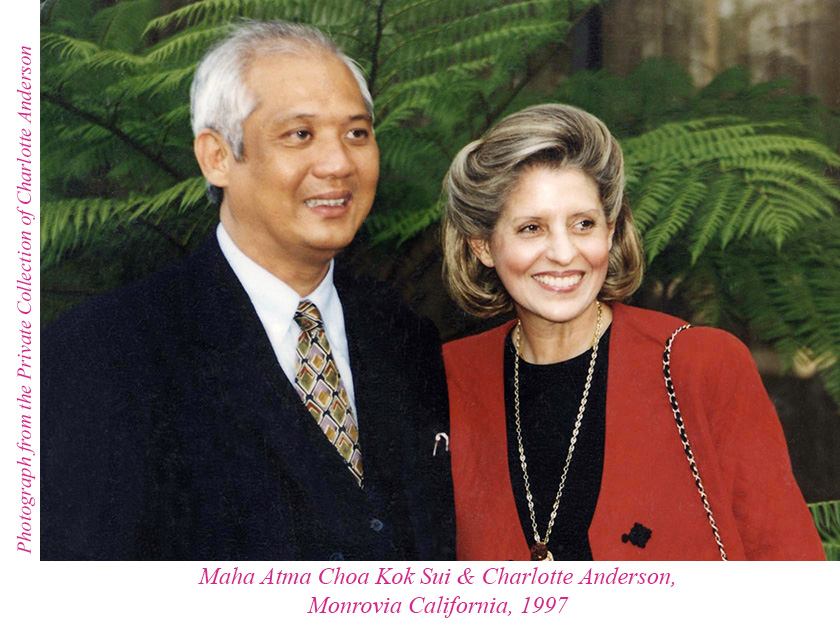 In 1995, when traveling together in Latvia with her Beloved Spiritual Teacher Maha Atma Choa Kok Sui,
He assigned Charlotte Anderson to establish a new Organization called The Planetary Peace Movement International.

Together they Co-Founded The Planetary Peace Movement International - which today operates in over 80 countries.

After the death of her Life Partner, Ms. Anderson has tirelessly continued to spread The Planetary Meditation for Peace in countries throughout the World.
She has maintained this website as the Main Focal Point for this Important Spiritual Practice.

Why did our Guruji adapt a New Name for this Practice?

He explained that an Additional Name for this Meditation needed to be used due to many, many people not understanding the earlier name – Meditation on Twin Hearts. He felt that thousands of people would understand the Term, “PEACE”.

Additionally He stated that countless people would be interested in a Practice that is exclusively undertaken for the Purpose of Harmonizing Individuals personally – Harmonizing the World and thereby providing new opportunities for Creating World Peace.

Therefore He gave this Meditation as a vehicle - to carry Humankind toward the common goal of World Peace.

Why did our Guruji not wish to use His Name on this Practice?

Maha Atma Choa Kok Sui - did NOT wish to have His name nor His photograph on the cover of the CD. He gave very specific instructions not to distract the Meditators from the cause of World Peace – by allowing the issue of a Filipino Master of Energy promoting this cause.

In accordance with His wishes and directions, Ms. Anderson commissioned and paid a graphic artist in Manila to produce an image of the World – with hands on either side – projecting Loving Blessings to Mother Earth.

Together they worked to produce the image that was used on the original cover of this Meditation CD.

After several sessions with the Artist, Ms. Anderson was satisfied with the Work.

Maha Atma Choa Kok Sui approved the design and for many years – until after His death that cover was widely used – as it is displayed below.

Production of this Version of The Planetary Meditation for Peace

Today, she is extremely grateful for having had the good Karma - to assist in facilitating this important project - as countless lives have been improved, uplifted and transformed through this Practice.

The recording of The Planetary Meditation for Peace has been widely and very frequently freely distributed globally – for the sole purpose of uplifting and increasing the Positive Consciousness of Humankind – through the Practice of this Meditation.

The Meditation provided on this Website – is considered a form of “World Service.” It remains Free of Charge to all visitors and is available in different languages.

Anyone may Share the Meditation with their Families, Colleagues, Friends, or with anyone who is interested in Contributing Positive Energy toward the critical need for World Peace.

Please join us in Spreading this Important Tool for Transformation!

May Infinite Loving Blessings be with All!

“… this Meditational Technique should be disseminated.”

- Extracted and Modified from The Ancient Art and Science of Pranic Healing, ©1992, by Master Choa Kok Sui, Pages 227-239 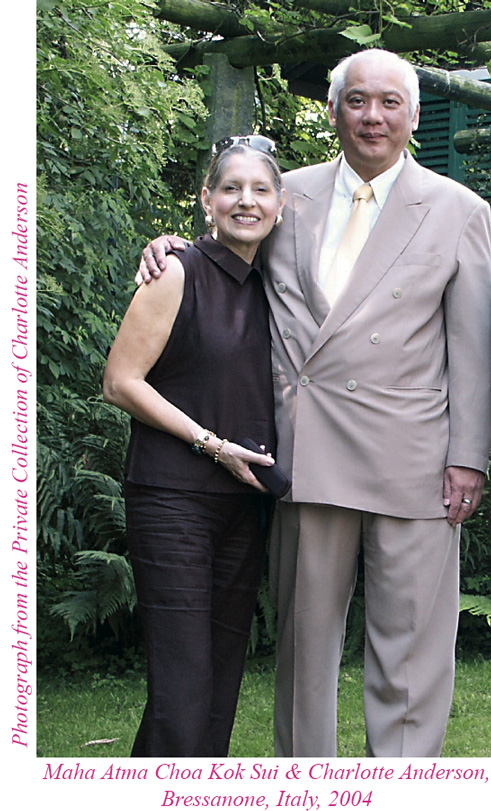